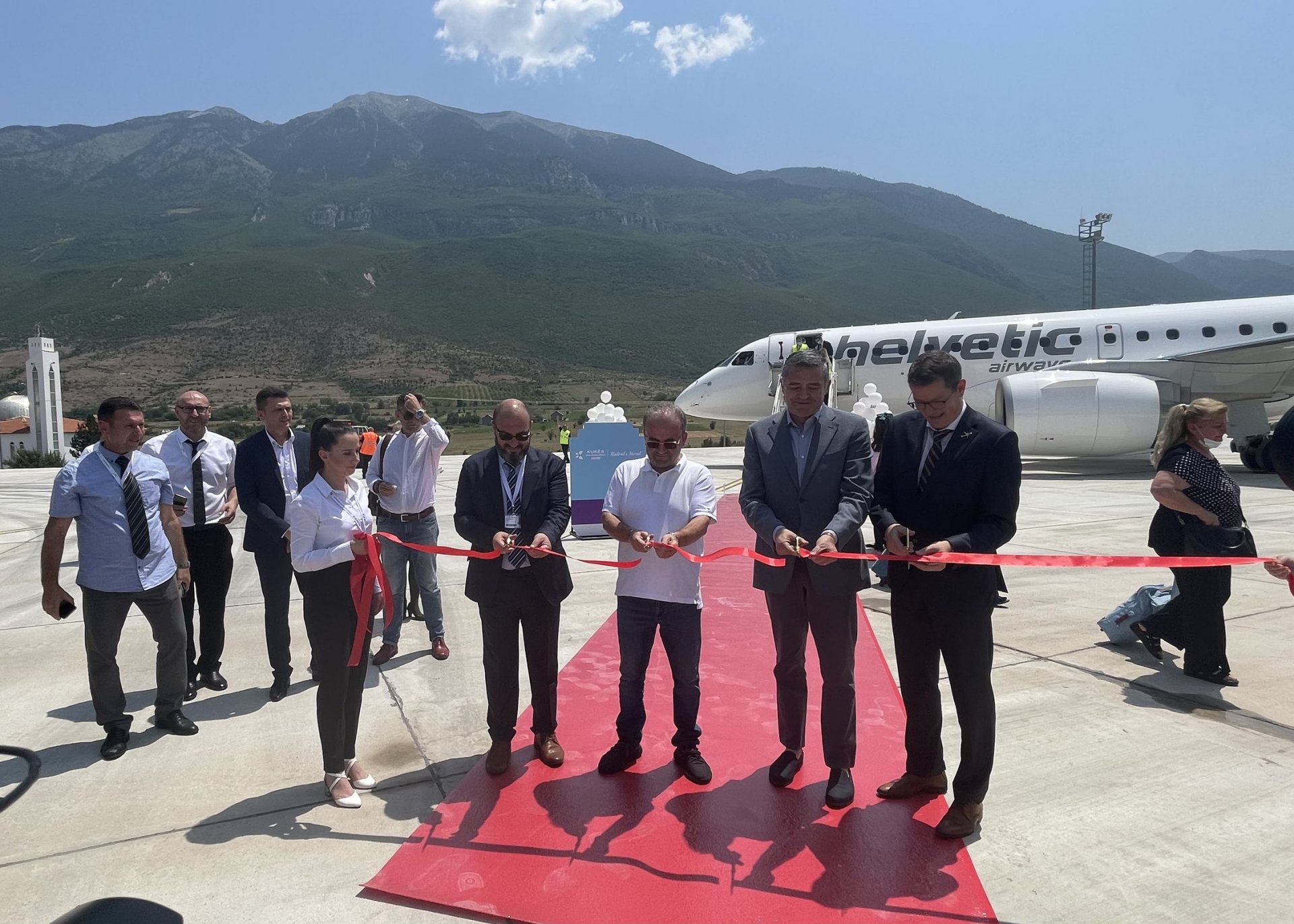 Kukës International Airport: on 9th of July, Helvetic Airlines will land from Zürich for the first time

The Embraer 190 aircraft, with 100 passengers on board, arrived at Kukes International Airport at 12.20. This aircraft will fly 3 times a week, on Wednesday, Friday and Sunday.

The first flight Zürich to Kukës will be welcomed by a ceremony in the apron and a press conference for the media and the guests.

"It is a great event for all of us and we are proud that we are making this important step in the new airport of Kukes, which marks a new era for Albanian aviation, but also with the development of the area with 100 employees so far. We wish Helvetic Airlines and Illyrian Eagle success and we are also being prepared for 6 flights a week, to Istanbul and Zurich with Air Albania ", said the Chief Executive Officer of Kukes Altin Progonati.

"It always fills me with joy when an airline can fly to a new destination. It is even more special in Kukës: we are happy to be able to fly to this new airport together with our tour operators and we are convinced that the long-term vision of Kukës is oriented towards the future and will be successful " , said Tobisa Pogorevc, CEO of Helvetic Airlines.

Helvetic Airways is a Swiss regional airline based at Zurich Airport (ZRH) and serves 34 destinations worldwide, including Europe and North Africa, as well as scheduled flights on behalf of Swiss International Airlines and Lufthansa.

Illyrian Eagle is a tour operator with 10 years of experience, based in Switzerland and operates in Kosovo and Macedonia. In a short time, Illyrian Eagle plans new destinations with Kukës, Geneva and Basel.

Kukes International Airport 'Zayed-Flatrat e Veriut' has a runway of 2.2 kilometers and its observation tower, while in the part of the aircraft, it is designed to hold 3 aircraft simultaneously, while within 1 hour 4 plans can depart from Kukes airport.

The terminal occupies a site of 3500 m2, has 2 entrance gates, and inside it a museum area commemorating the Kosovo war, which was also the starting point of this airport, as a gift from the United Arab Emirates to receive aid for refugees.

Information on air tickets to and from Zürich from Kukës International Airport can be displayed on the official page of Helvetic Airlines: